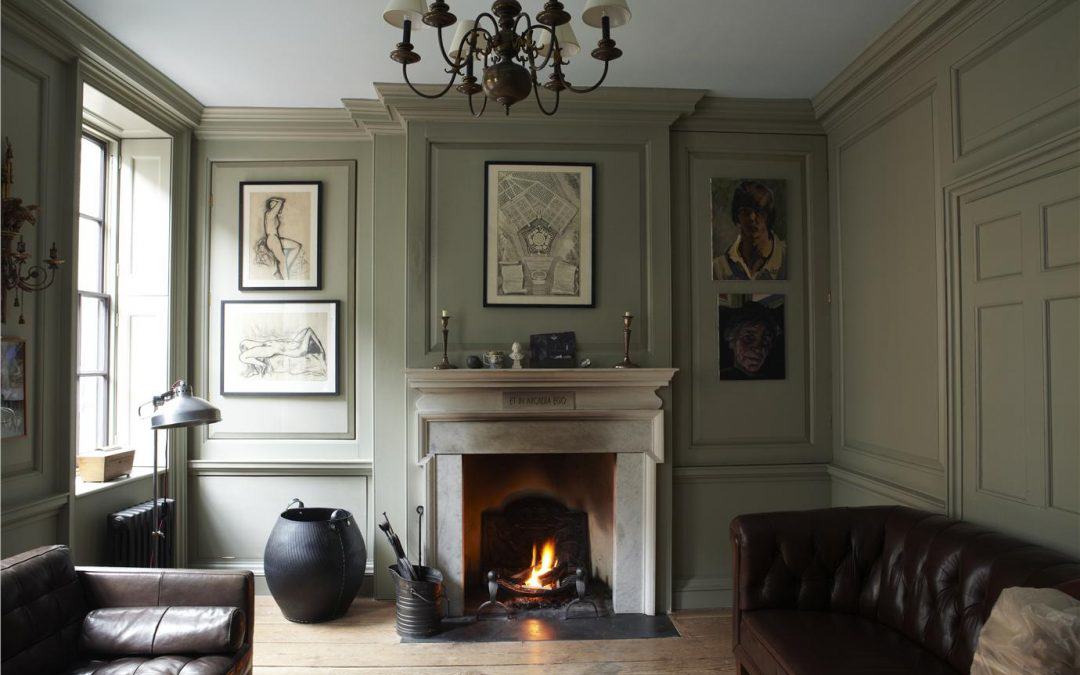 Have you been Farrow and Balled?

Choosing a paint colour for your project can be a challenge, but by choosing it correctly can be one of the most rewarding aspects of home decorating and as the role of an interior designer. It is a skill not only instinctive but learned. On the design journey there are many elements to consider, but colour and tone is at the top of the hierarchy list, whether it’s about gaining the right mood for a contemporary or traditional setting, or for historical fact, Farrow & Ball can achieve all of those. In essence it is a very versatile paint.

When it comes to living with colour in your home or business its about achieving that perfect back drop that will ether enclose or isolate you. Here we see the importance of colour. Most homeowners, decorators and interior designers instinctively reach out for the very popular brand, that is.our very own born and bred – Farrow & Ball . Such a wise choice, but do you know why? 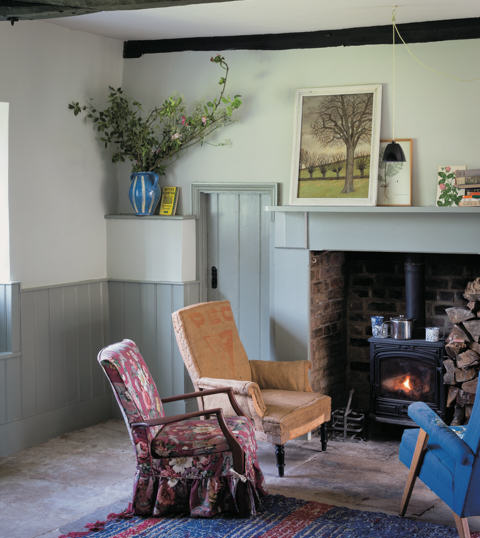 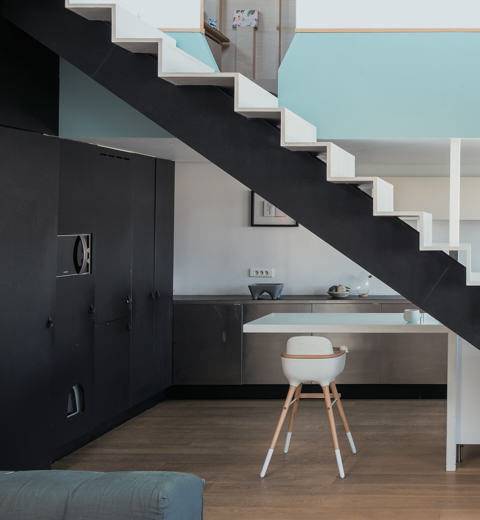 lFor the discerning home designer, choosing the right colour with a ‘go to’ brand is like a rite of passage, a verification that one knows how to throw a scheme without any hand-holding. For interior designers and decorators alike, it’s about using a quality product and an amazing range of paint colours that can be used for any interior design project, whether contemporary or traditional. A partnership made in heaven. Mesmerised, we return to Farrow & Ball  time and time again, rather like returning to a trusted friend. It’s this love of the brand and recognition of the quality and quirky palette names that holds us loyal. I am infatuated by Farrow & Ball, and this is when I ask you – Have you also been Farrow and Balled?

The Farrow and Ball History

The Farrow and Ball story began as early as in 1946 when John Farrow and Richard Ball established a small paint factory in Verward, Dorset in 1946. In the 1960’s the business gained pace and moved premises to its current site in Wimborne. From that point onwards until the present day the Farrow& Ball reputation increased in popularity. 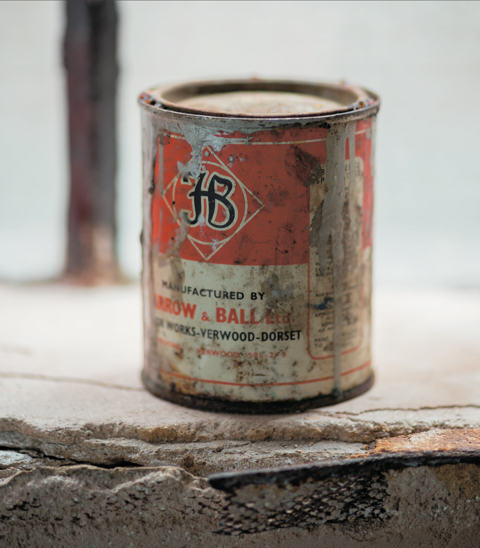 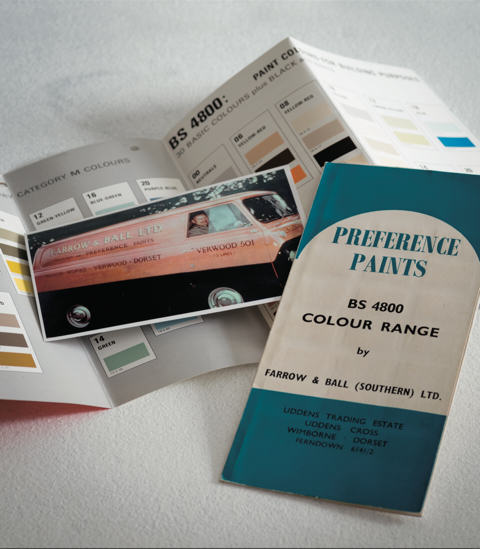 The difference with Farrrow & Ball products is that they are and still created with rich pigments and traditional processes, which is comforting for this high tech age. While other brands continued to use acrylic based constituents, F&B remain focused on long-established values. I am delighted to understand that even today they are still created in the same way. The uniqueness of the product and its intriguing story has survived a competitive industry and has become the nations favourite paint.

The 132 palettes have been cleverly formulated, and I believe neither intentionally at the start, but incredibly, to work well for any period of time. Farrow & Ball offers infinite possibilities, for where colour is needed; there is a colour for everyone’s personality and style. So there is a science, and there is also psychology. My most loved paint colours have been strategically designed to lure and remain besotted.

During the nineties, the names of Farrow & Ball paints became topics of conversation over dinner parties and the like. Partly because of their intriguing names and how they seem to gel with the conscious home decorator. ‘Mizzle’ and ‘Dimpse’ which mean a mix of mist and drizzle and the more popular ‘Elephants Breath’ that everyone knows and has come to love, has obvious connations of its own. The naming alludes to each individual paint is taken from Historic houses and others landscapes or other historical findings. They certainly trigger your imagination to associate a name to a colour, which magically interprets your vision. Precision colouring, witty and subtle marketing without realisation, the pigments produce the intensity of colour which is the secret behind such a wanting and versatile paint. 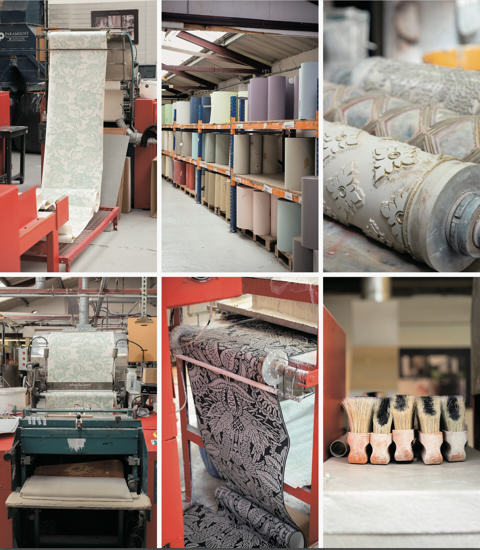 What colours do you love?

As an interior designer, I have learnt that people feel the most comfortable when surrounded by carefully balanced colours that create an understated environment and make few demands on the eye. Neutrals offer no end of calm and the bolder colours liven up the smallest of rooms. Farrow & Ball provides versatility and intensity which makes it the number one choice in the interior designer’s toolbox. Today, Farrow & Ball distributes its paints and wallpapers to 67 countries worldwide and has more than 50 showrooms. This is in itself stands a testament to its time, and assuring that the company will be current for many more years to come!

I have to confess I have been Farrow and balled.

All images courtesy of Farrow & Ball How to Decorate: Transform your home with paint & paper.